Learning Volunteering at the Nordic Permaculture Festival in Iceland 2017

Volunteering at the Nordic Permaculture Festival in Iceland 2017 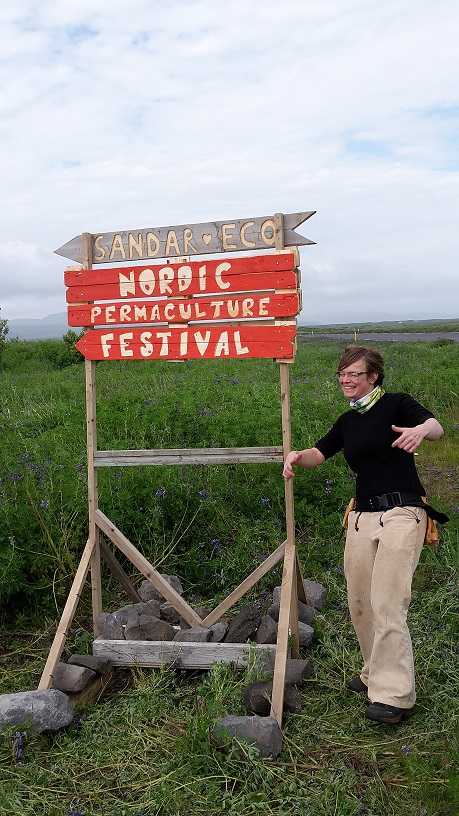 Studying and trying to learn as much as I can about permaculture, I decided to sign up as a volunteer at the Nordic Permaculture Festival this year. The festival was located in Iceland and that suited me just perfect, as I have wanted to visit Iceland for many years.

This was the first time that Iceland hosted the festival, and the location where the festival was held just outside Thorlakshöfn, was acquired just two months before the festival began. Needless to say, the site did not have much infrastructure, despite several workshops being held at the site prior to the festival. Amongst the few buildings that were up was an outdoor kitchen, a yurt for presentations and a sweat lodge.

I arrived at the site a couple of days before the festival was to begin, and after the initial surprise at the lack of … basically everything, I got my tent up and settled in. The site was desert-like and the soil pure sand, and what grew there were lupins – lots of lupins. Sitting in the kitchen area looking out over the desert I felt like I had travelled back in time. There was something primal and almost Jurassic about the landscape, and I would not have been too surprised to see a small raptor running by.

I was quickly put to work, and there was not a lack of tasks that needed to be completed. I got started on building wind breaks for the tent site. One of the main weather conditions that needed moderation there was the wind. The land was mainly flat, and the wind had no barriers slowing it down and diverting it. Over time the aim for the wind breaks we started is to create hügelbeds planted with trees to slow the wind down and creating structure to the landscape.

When the festival started, things were still not quite completed, but with improvisation and flexibility things worked, and the workshops were held one by one. In between helping out here and there, I was also able to attend some of the workshops. I found the presentation about biochar very interesting, and the presentation of the Design Exercise by some of the Icelandic PDC students were quite inspiring (especially since I am just about to do my first design to complete my own PDC). I also found the presentation about CSA interesting. In addition, there were many lectures that I was unable to attend, that also sounded quite inspiring.

There were not as many visitors to the festival as anticipated, and I found that a little shame. On the other hand, that gave the opportunity to get to know those that did come on a more personal level, and that lead to many interesting conversations.

One of the most positive elements of the festival for me, was the food! The kitchen crew did a fantastic job and every meal was extraordinary. Mördur, who was in charge of the festival, also took good care of all the volunteers and we were for example invited for concerts in the town hall a couple of evenings, and we could visit the local bath for free. The unique landscape of this site will stick with me, as will the fantastic vision and design for the site (done by Peter). As well as the rest of the people, which I hope to see again on the festival which will be held in Norway next year!

Here are a few photoes from the site: 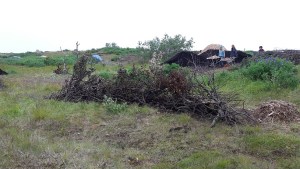 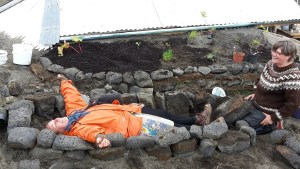 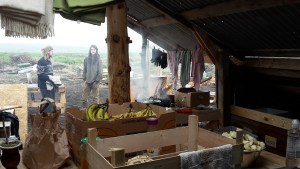 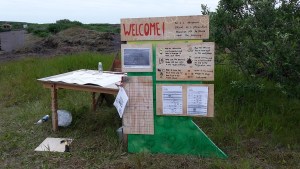