Learning Three failures in the garden

Three failures in the garden 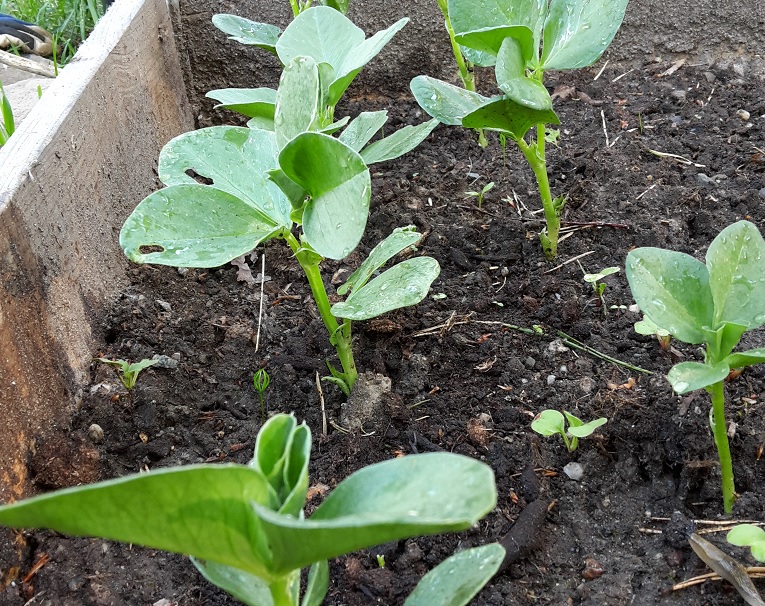 When you are gardening, one thing is for sure – there will always be something that doesn’t work out the way you planned. This year I ‘ve had several things like that.

The main thing that went wrong this season was the cabbage moth invasion. However, this is not something I can do much to prevent. When the condition is right for pests like these, they will come.  This season was also the first time I wanted to try growing cabbage. Now all my cabbage plants are ruined, so that was a major disappointment.

I know this has been a large problem all over the country this year. And I also hear that gardeners that have covered their cabbage, also have problems with the moth. My garden is still very new and I don’t have the diversity I am aiming for yet. So, as a result of this, my plants are vulnerable to pest just like this.

My plan for next year, if we get another invasion, is to immediately sow new plants and then be ready to transplant them when the invasion has passed. This year I didn’t realize that this was an option until it was a bit too late.

Another plant I tried for the first time this year, was broad beans. These I planted in two different locations to see which once did the best – some straight in the ground and some in a raised bed. I also planted two different types of broad beans in both these locations, to see if one type did better than the other.

What I found was that the early beans managed best, in both locations. But they didn’t do well. There are just a few beans on them. The beans that went in later in the season were more or less completely eaten by the slugs – so they give zero harvest.

For next year I will try to sow these broad beans in containers on my balcony instead. There they will be more protected both from the cold and from the slugs. Maybe that works better ….


The last plant that didn’t do well in my garden, is lettuce. I have tried to get this to grow several years now, but somehow it always fails. I’ve tried several different types of lettuce. The only one I’ve had some success with is rocket. However, this year I decided to try and sow this directly in the ground – which turned out to be a mistake. I think the slugs ate all before it could even grow one inch.

When I try to grow lettuce on my balcony it just bolts up and goes to seed because it is too warm for it there. And when I try to grow it outside, the slugs get to it more or less immediately. This year I do have some lettuce that is growing in a flowerbox hanging on the outside of my balcony – and that seems to be doing okay.

For next year I will try to get more lettuce in the flower boxes, as that is the only space I have at the moment where they seem to grow. I will also look into some slug prevention contraptions on my raised beds, so the slugs don’t get in there in the first place. Another thing I am going to do is to try to get seeds form perennial rocket and see if I can get that growing.

I guess it’s true for gardening too, that you learn more from your failures than from your successes. For me these failures are a great way to observe what doesn’t work, and try to find better solutions for next year. Observing and changing your approach accordingly, is also one of the principles of permaculture, which I apply in my gardening endeavours.

I also invite you to comment below on what didn’t work in your garden this year – and what you want to change to grow your plants better next season.