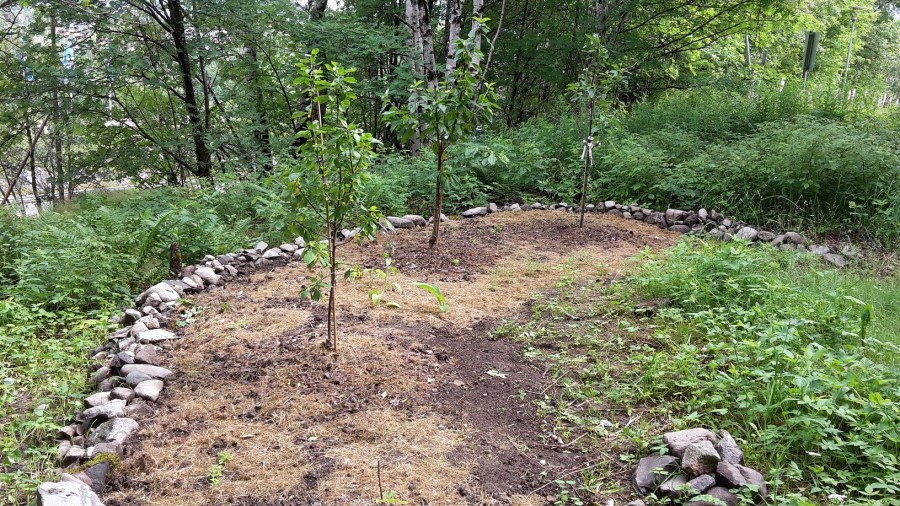 In early spring 2016 I started working on the second part of the garden – the small food forest area. The space I have available is not very lucrative. It’s facing north and is located next to a larger road and it only receives partial sun. In addition, the ground is full of stones and there are several larger trees in the area, creating shade. I don’t know if this will work, but I’m giving it a try.

When I started I didn’t realize just how many stones were in the ground, I thought I would be able to just add some more soil on top of the ground and plant my trees directly. But as I started removing the raspberry canes and weeds that were growing wild there, and tried to put the shovel in the ground, I soon realized I had to start digging out some of the stones. So I did!

As the site is sloping slightly I started piling the stones that I took out around the lower edge of the space. It kind of formed naturally into a shape similar to a half circle. I probably could have dug our more stones, but I decided it was enough. Then I filled this up with more soil. Unfortunately, the added soil is relatively lifeless, so I have to work on increasing soil life.

Next I put in the trees. I chose standard fruit trees which should do ok in my climate zone. And I bought them at the local garden centre. I am slightly worried about that, and unsure if they will survive. I bought one plum, one cherry and one apple (three varieties grafted on the apple). But I worked in a bunch of compost and planted, so we’ll just have to see if they settle in or not.

I had some problem mulching as I was lacking material to mulch with. There is a video on my YouTube channel about the mulching situation in early spring in my garden. You can watch that here.

Then I started planting and sowing other plants and shrubs. This process is still ongoing and it will take me some time to complete it. I will probably still be working on that next year. I sowed some clover as I want that to be the ground cover. But I only had enough seeds for a small part of the space, so that will have to spread itself. I’ve also planted comfrey and a red current cutting. I have one black current plant ready to go out, plus rhubarb and beach cabbage.

I also sowed some flower seeds, mainly nasturtiums and calendula, and I put in one borage plant that I had left over, and a pumpkin plant. However, I want mostly perennial plants in this area, so these plants are just to fill the space this season.

Here are some photos from the process. 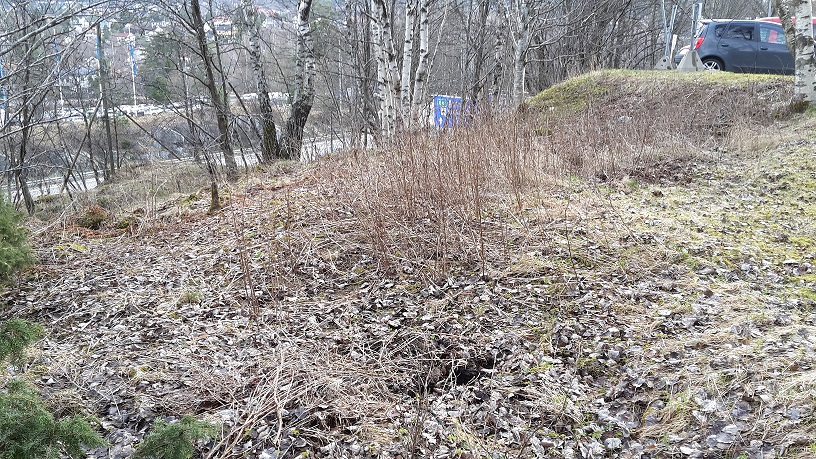 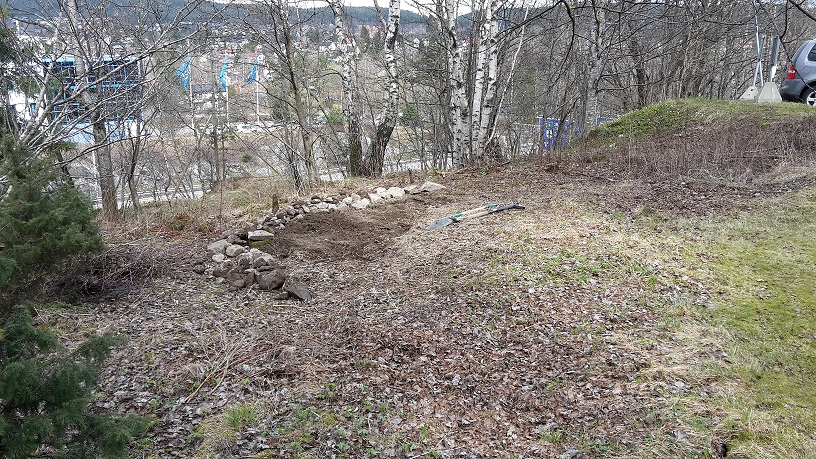 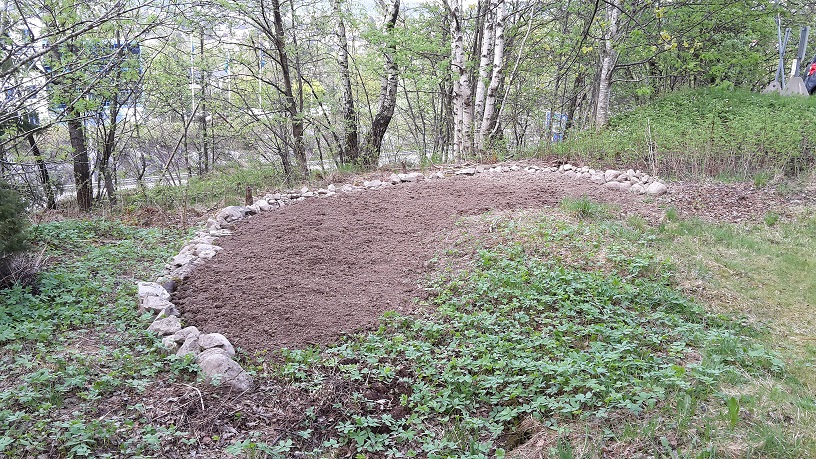 Here is a video from the food forest end of july 2016: